Whilst driving in Portugal is an undeniable pleasure, the country has plenty of beautiful countryside and coastal routes, for those wishing to sit back, relax and let someone else take the reins, there are some very good train routes connecting interesting locations across Portugal.

The Alfa Pendula train is one of the major lines in Portugal and connects the northern city of Braga, famous for its dramatic Bom Jesus do Monte church, with Faro in the Algarve in the south. This high speed route stops at several of Portugal’s most important destinations including Porto with its picturesque skyline and Port wine cellars, the historic university city of Coimbra and the country’s bustling capital, Lisbon. We work with a number of hotels in these areas such as the wonderful 18th century Palacio do Freixo in Porto, the Pousada de Condeixa-a-Nova near Coimbra, the Pousada de Lisboa, Pestana Palace Lisbon and a large selection of hotels in Lisbon, and the Pousada de Estoi near Faro.

One of Portugal’s most picturesque train lines runs alongside the Douro River, the Linha do Douro, and dates back to 1887. This line runs through wine country, snaking through the Port vineyards, ‘quintas’ and stepped valleys. The train departs from Porto from the São Bento station – a marvel in its own right with its intricate, blue-tiled entrance hall – and includes stops at Peso da Régua, Pinhão and Tua before terminating in the small village of Pocinho. The journey takes around 3.5 hours from beginning to end, although please note that the services are not as frequent compared with the inter-city lines, so we would advise that you pre-plan your day. You could always take a river cruise from Porto to Pinhão – perhaps spending a night at the lovely Vintage House Hotel – before catching the train back to Porto.

For those looking to combine a relaxing seaside trip with a city break, we recommend looking at stays along the coast from Lisbon. From the Cais do Sodré station in Lisbon you can catch frequent (and well-priced) trains to Cascais with stops at Belem and Estoril en route. The journey to Cascais takes around an hour, and in a short time you can enjoy the slower pace of this pretty resort town. The Pousada Cidadela de Cascais is situated in a fortress overlooking the town’s marina, and is a convenient 5-10 minute walk away from the town centre on a path that takes you via the marina and beaches. Cascais has plenty to offer in terms of relaxation, shopping, delicious seafood and beaches and we advise combining a stay at Cascais with a trip to Portugal’s colourful capital. Filled with history, culture and a wonderful lively atmosphere, it is no surprise that Lisbon has soared in popularity among international tourists the past few years, and we advise visiting the old town as well as nearby Belem to see some of Lisbon’s main attractions (as well as tasting some delicious Pasteis de Nata tarts!) 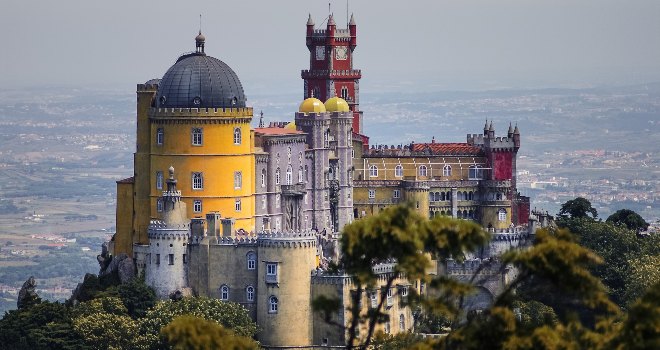 You can also catch trains to Sintra from Lisbon’s Rossio station. Once the holiday destination of Portguese royalty and aristocracy, today Sintra is popular with tourists from all around the world thanks to the wonderful Park and National Palace of Pena, a collection of colourful royal buildings nestled on a tree-covered hilltop. Why not make the most of a trip to Sintra and relax with a night or two in the nearby Pestana Sintra Golf and Spa Resort?

The Algarve has some excellent railway connections with lines connecting Lagos and Faro, and Faro to Tavira. The line from Lagos to Faro stops at popular Algarve location such as Portimão, Silves and Albufeira, whereas the Faro to Tavira line connects two lovely, historic Pousadas, the Pousada de Estoi near Faro and the Pousada de Tavira.

The Portuguese train network is a great alternative to driving and a wonderful way to explore this beautiful country.

For full information on train travel in Portugal, make sure to check the Portuguese national railways site: https://www.cp.pt/passageiros/en 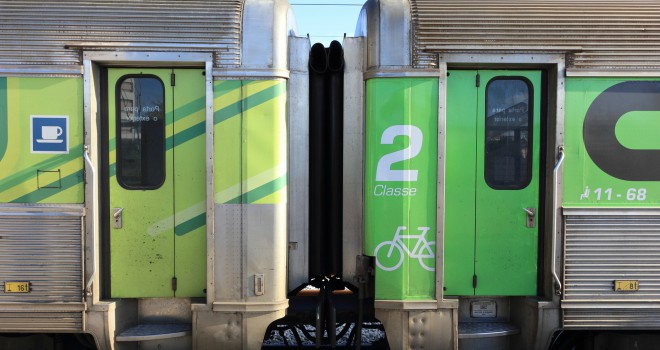