Here she shares her knowledge of the vast and fascinating region of Extremadura and its Paradors:

EXTREMADURA is the region in the West of Spain lying alongside the Portuguese border between the province of Salamanca in the north, Toledo and Ciudad Real in the east and Cordoba, Seville and Huelva in the south. It consists of only two provinces – CÁCERES in the North of the region and BADAJOZ in the south. Both contain large areas of outstanding natural beauty, vast expanses of woodlands and some of the most beautiful historic cities in Spain.

AIRPORTS: Although there are no international airports in the region itself, if hiring a car you can easily access the region via Madrid Airport in the north or Seville airport in the south. There are also train connections between Madrid and Mérida.

EXTREMADURA is a paradise for nature lovers and walkers who enjoy the wide-open spaces. From the high plain at Puerto de San Vicente at a height of 807 metres the hilly landscape of Extremadura drops to lower levels towards the West of the region. Two major rivers cross the region – The River Tajo rises in Castilla La Mancha and after flowing through Toledo crosses Extremadura in the Monfragüe National Park before entering Portugal as the River Tagus. to reach the Atlantic at Lisbon.
The Guadiana River flows through the cities of Mérida and Badajoz and then forms the boundary between Spain and Portugal, reaching the Atlantic near Ayamonte. Many small rivers join the Tajo and the Guadiana after flowing through some of the prettiest valleys in Spain. One of these, that of the River Jerte, is renowned for the acres of cherry blossom covering the hillsides in Spring.

MONFRAGÜE is a key National Park in the north and its wildlife is highly protected. At one point in the Park at “El Mirador de la Gitana” (the viewpoint of the gypsy) we watched rare black storks, eagles and black vultures putting on a magical display for us as they soared above the craggy rocks beside the River Tajo. The wildflowers are equally impressive along the many walking routes in the Park, one of which leads to the castle from where there are far reaching panoramic views of the countryside. The road from Trujillo to Plasencia passes through the Park, via the visitor centre and village of Vilareal de San Carlos. There are two other protected areas – the Natural Park of Cornalvo, near Mérida, and the Regional Reserve de Caza de Cijara, in the mountains surrounding one of many large reservoirs, and many other nature reserves all over Extremadura.

Extremadura is the region from where the explorers set out to discover the “New World”. The conquistadores are remembered in the historic cities where the castles, convents and mansions that they built are perfectly restored and often floodlit at night, especially those in the walled city of Cáceres. In the Province of CÁCERES are many cities and small towns full of history, art and relics of their glorious past. In the North of the province on the banks of the River Jerte is the lovely walled city of PLASENCIA.

The Parador de Plasencia is the restored Convent of Santo Domingo dating back to the 15th century. It has been beautifully converted with all the original features preserved. Beside the Cathedral it is ideally situated close to the palaces of the old quarter and only a few minutes’ walk from the lively Plaza Mayor.

The mountainous area to the east of Plasencia is known as La Vera, a spectacular area dotted with villages, in one of which is the Parador at JARANDILLA DE LA VERA. This 15th century castle in the centre of the village was the home of Emperor Carlos V for a while. The location is stunning as it is surrounded by olive and orange trees with chestnut groves and oak woods stretching into the distance with the backdrop of the Sierra de Gredos. In the mountains further south is another most atmospheric Parador de Guadalupe also dating back to the 15th century, in the former Hospital of St John the Baptist, alongside the Royal Monastery of Santa Maria in GUADALUPE. This historic small town is surrounded by spectacular mountains and was declared a World Heritage Site in 1993. Other monasteries have been restored all over Extremadura, notably those at Yuste, between Jarandilla and Plasencia, and at Palancar, said to be the smallest monastery in the world.

TRUJILLO is a most attractive city, crowned by its castle, and surrounding a large Plaza Mayor in which is a statue of its famous son, Pizarro, who along with Cortez and many of the explorers, or conquistadores, left the town to discover much of the American continents. The Parador is the former Santa Clara monastery built around two cloisters, a few minutes’ walk from the Plaza Mayor. Last but by no means least in the province of Cáceres is the city bearing its name. CÁCERES is a protected walled town which has recently been pedestrianised so that it is the most peaceful tranquil setting for another Parador in a 14th century palace in the centre of the historic quarter of the “City of the storks”. There appears to be a stork’s nest on top of every building. Cáceres was declared a UNESCO World Heritage site in 1986 and is also the third most important conservation area in Europe. It has been described as “an open-air art museum” as the monumental city is a cluster of palaces, churches and noblemen’s houses with their coats of arms. From the bustle of the Plaza Mayor in the modern city a wide stone staircase ascends through an arch in the wall to the silent city above.

In the province of BADAJOZ is another walled city of the same name on the banks of the Guadiana River and from where the river turns south to form the boundary with Portugal. There is a Cathedral and interesting centre. Further up the river is he city of MÉRIDA. Known as “The Rome of Spain” it certainly lives up to its name as it has a perfectly restored Roman theatre and amphitheatre, a pedestrianised Roman bridge spanning the Guadiana, a fine aqueduct as well as the Moorish Alcazar standing above the river. The Plaza Mayor is a lively centre and, in the roads leading from it, are relics of its Roman past around every corner. The Temple of Diana stands between the Plaza Mayor and the Roman theatre. The “National Museum of Roman Art” was described recently by a well-travelled friend of mine as the best museum he had ever visited. The Parador is a restored 18th century convent which was built on the remains of a temple, close to the Plaza Mayor. There are also several Roman dams one of which is in the Cornalvo Natural Park near the city.

South of Mérida is the town of ZAFRA where the Parador de Zafra  is a former 15th century castle which was the home of the Dukes of Feria, in the centre of the town. This is one of the most spectacular Paradors with a magnificent facade filling one side of the main square. Zafra is known as “Little Seville” with its two squares surrounded by interesting historic buildings. Between Mérida and Zafra is an area of vineyards with good wines being produced around Almemdraledo.

The region is crossed by two major routes as the N14 motorway from Madrid to Lisbon passes Trujillo, Mérida and Badajoz, and the road from Seville to Salamanca and the North of Spain passes through Zafra, Merida, Caceres and Plasencia, making the whole region easily accessible by road. There are also scenic roads following the river valleys and crossing the nature reserves and National Park.

However the most famous route is the VIA DE LA PLATA (or Silver Route), the Roman road which was originally from Mérida to Astorga where it joins the Camino de Santiago. It is one of the routes followed by pilgrims heading towards Santiago as it passes through towns and villages with Roman bridges, thermal spas, remains of settlements and a preserved stretch of the original Roman road at Baños de Montemayor.

Jamón Ibérico is the best cured ham in Spain and most is produced in Extremadura which is home to the black pigs which feed on the acorns from the oak trees growing on the plains. Lamb, game and local cheeses are also favourites. 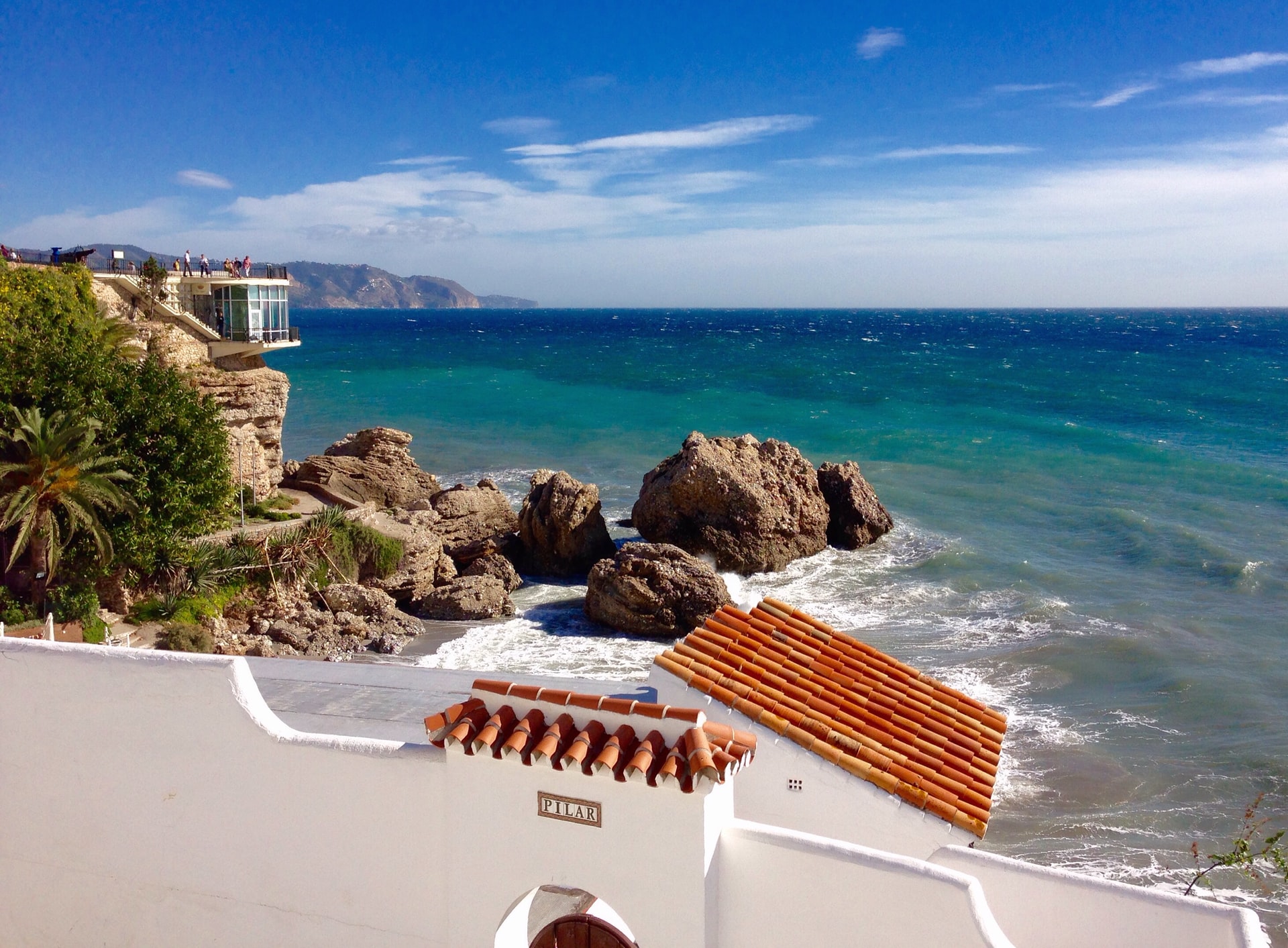 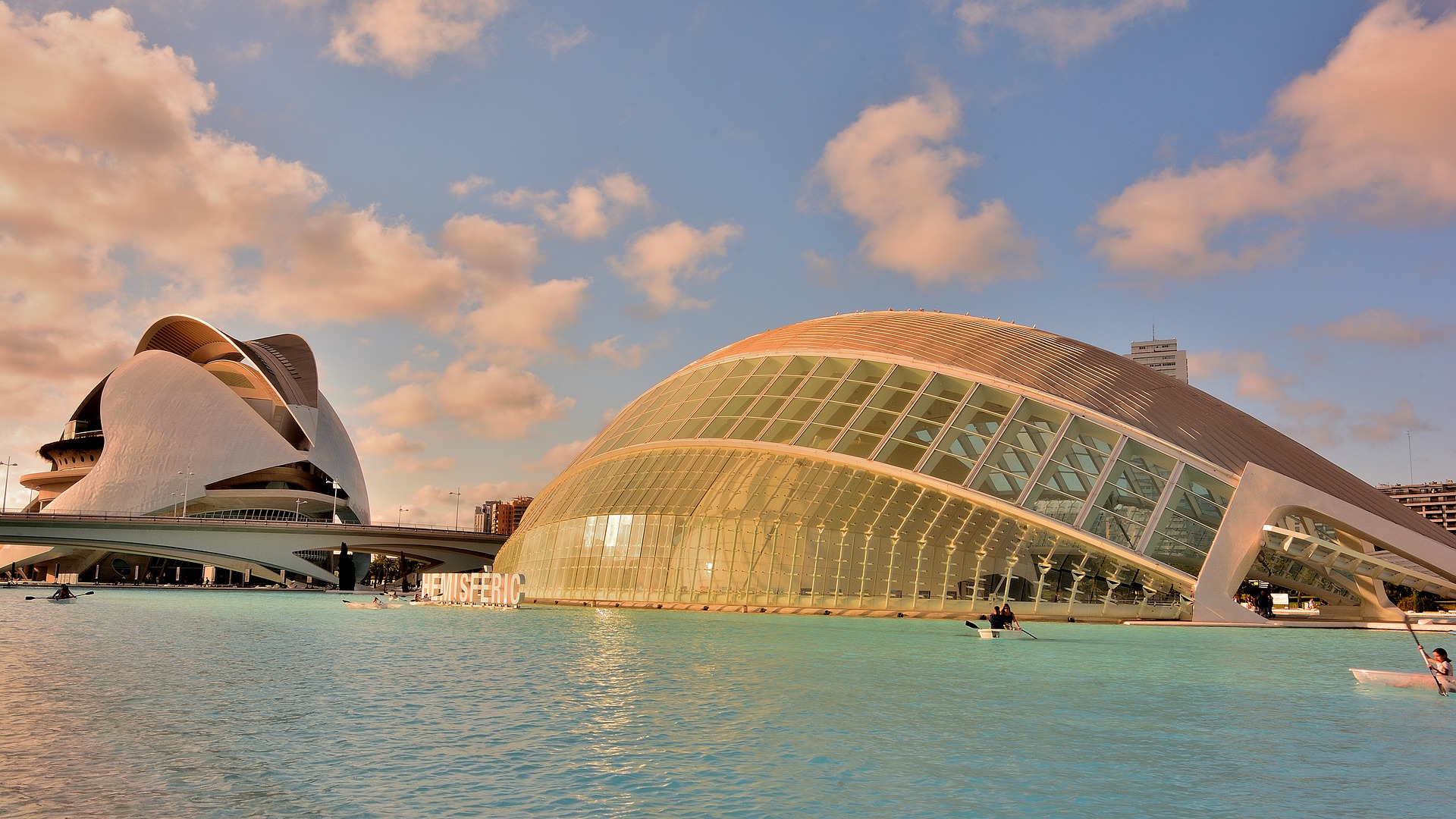 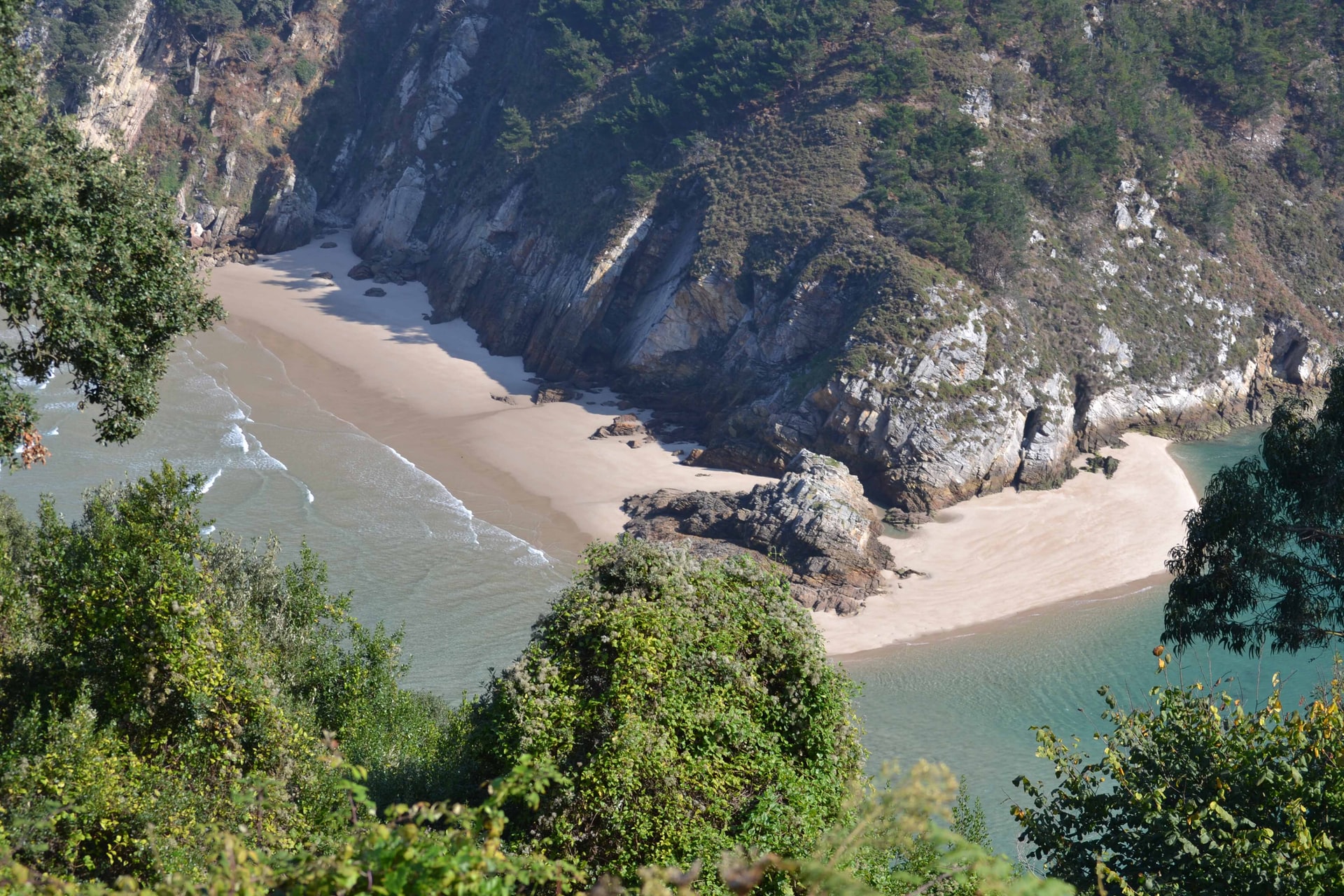 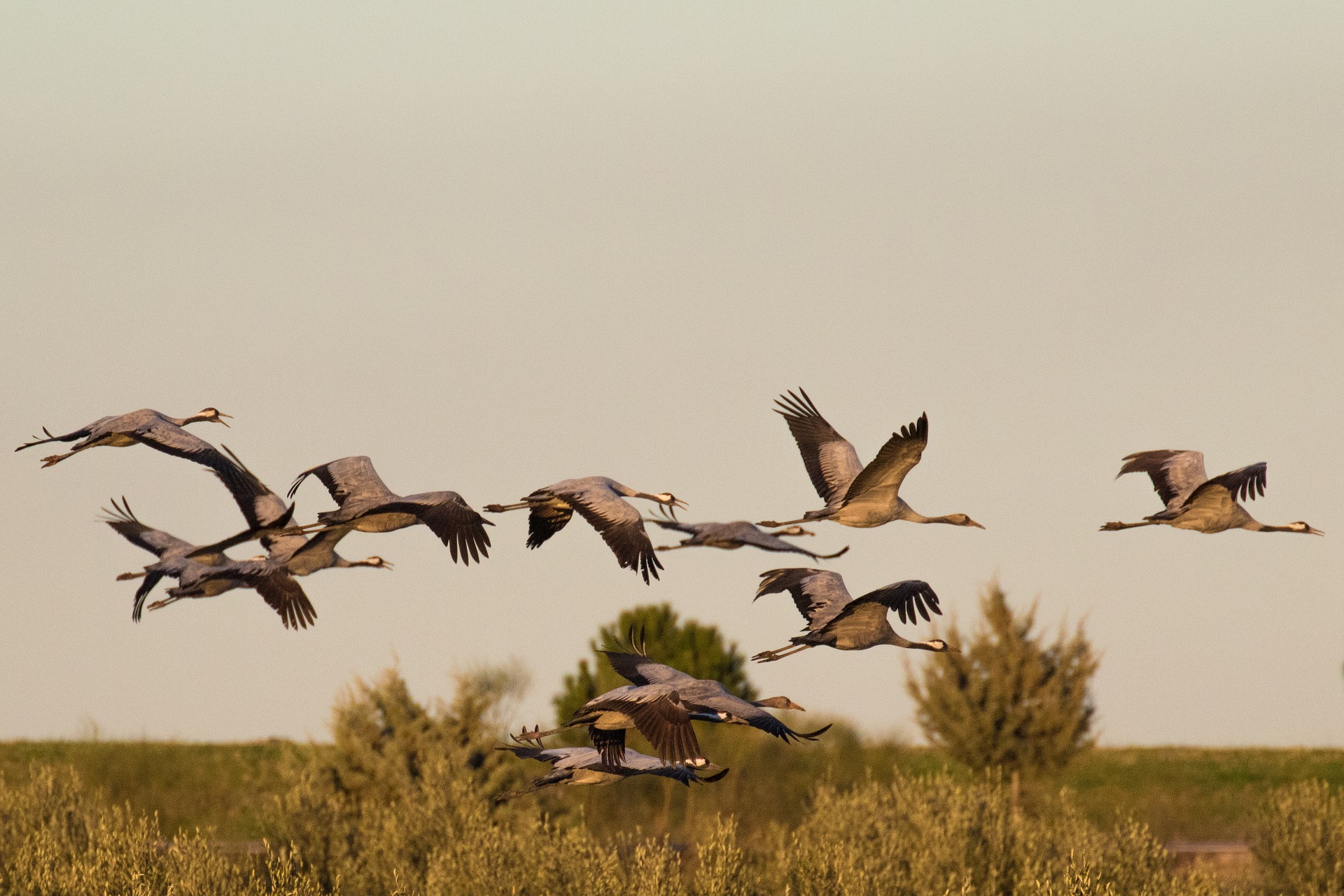 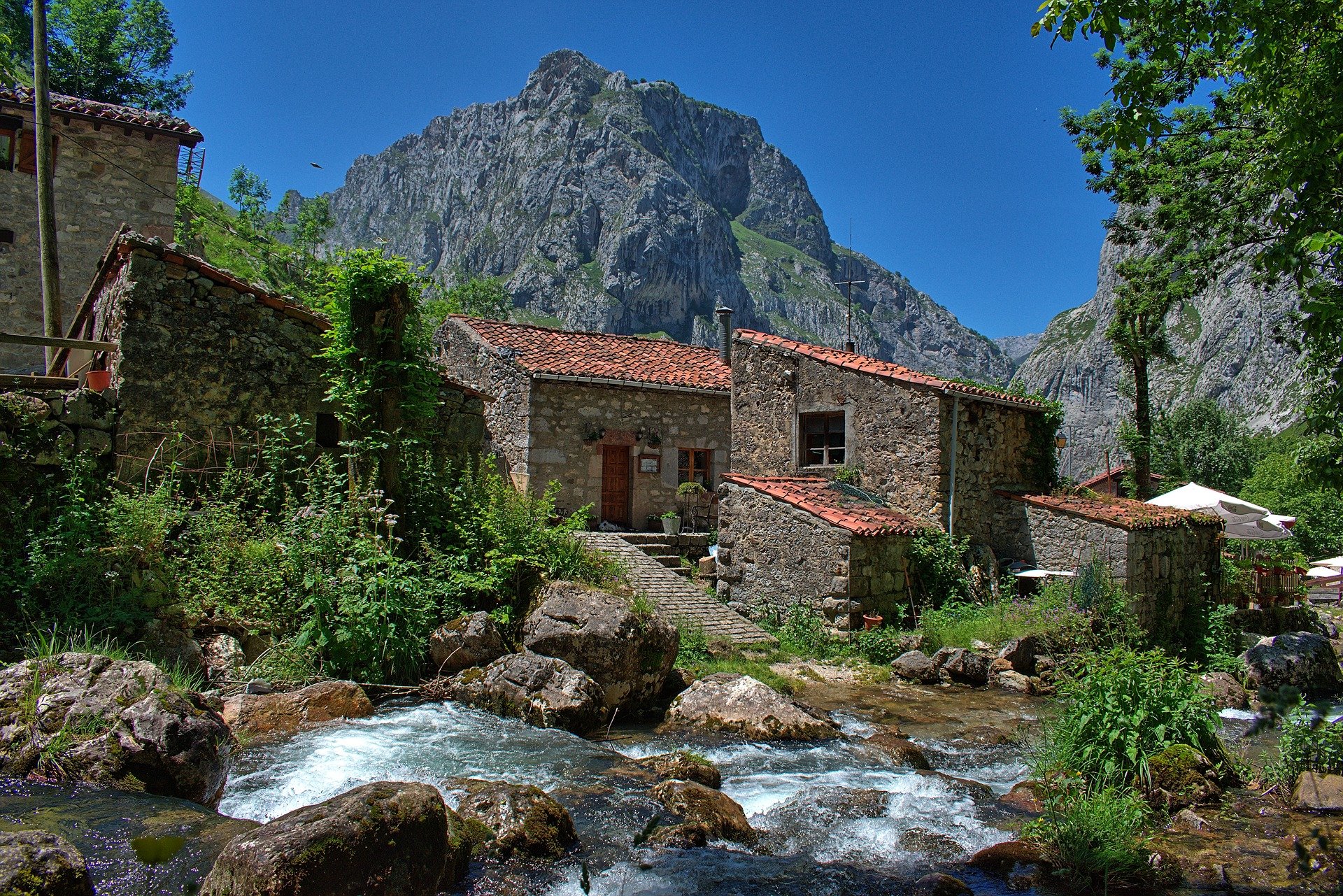 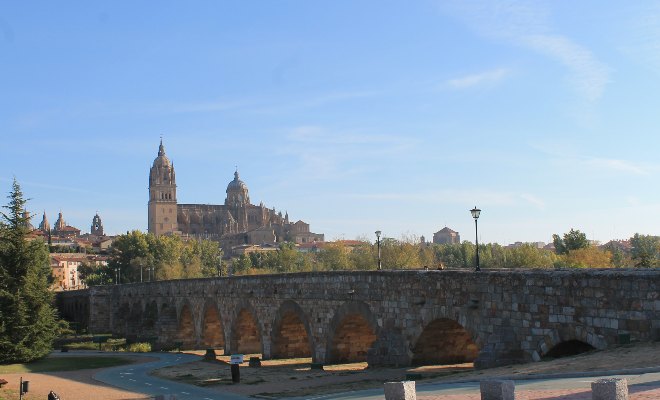 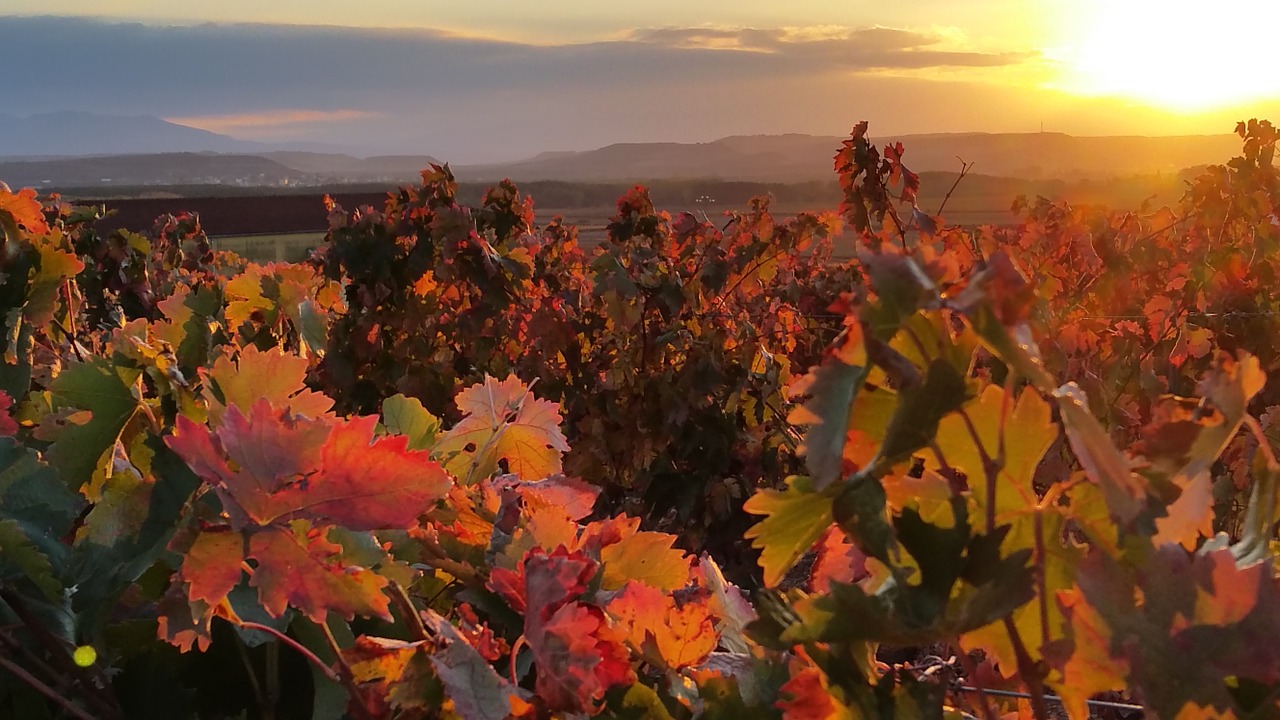 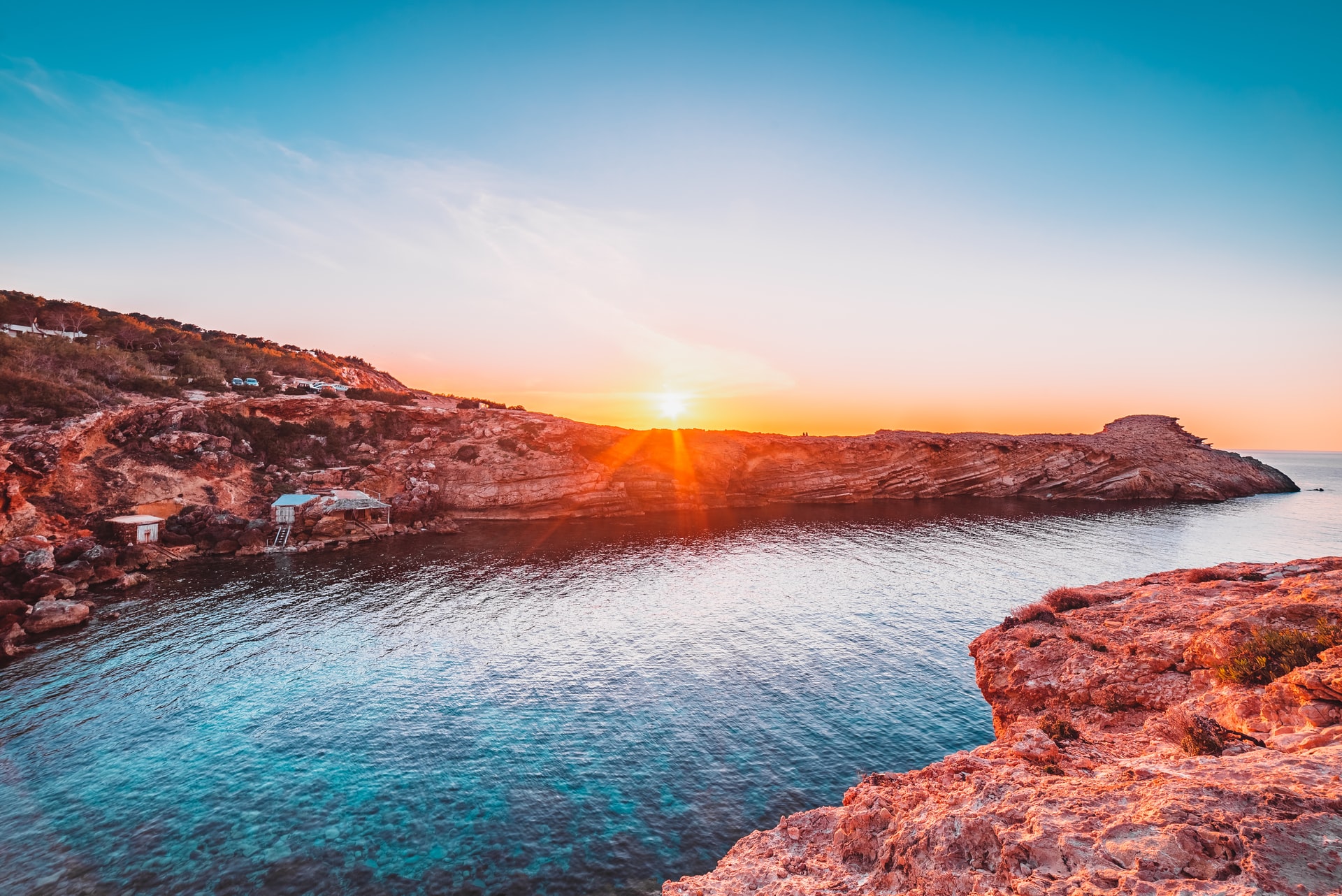